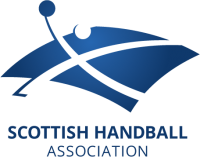 We are the National Governing Body of Handball in Scotland, responsible for the governance and development the sport across the country.

If you would like to find out more about our Association's history, special edition 50th Anniversary Photobooks are available to purchase. Please contact office@scottishhandball.com to enquire

The Scottish Handball Association (SHA) was formed in 1972, meaning that in 2022 we celebrated our 50th Anniversary. However, the playing of handball started Scotland in the 1960s with some initial activity at Heriot-Watt University.

The development of the game really kick-started due to the building of sports facilities in the new towns of the 1970’s, which gave an ideal environment to start Handball. On the Tuesday the 1st of August 1972, the Scottish Handball Association was formed by elected Chairman B.J. Rowland. The first committee was comprised of, Mr B.J.Rowland, Mr A. Donaldson, Mr J. Rankin, Mr T. Cooper, Mr R. Murray, Miss I McGuigan, and Mrs T Cooper.

During the 1970s, East Kilbride became an important centre for Handball and this has continued to be the case to this day, with Tryst '77 HC forming in 1977. Scotland began to play in several international friendlies, such as against Luxembourg in 1978 (below left), which was the first international handball match on Scottish soil. 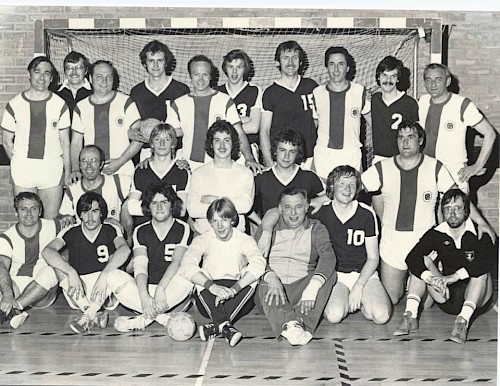 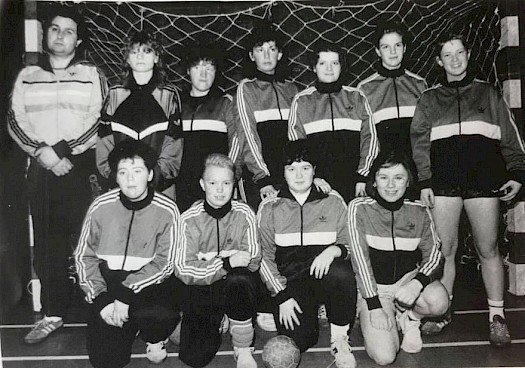 In the late 70s and 80s Scottish handball clubs started to qualify for European club tournaments. Pictured below is EK82 HC playing their first leg of the European Champions Cup in Germany, against modern-day European professional giants THW Kiel. The game was telivised live infront of 4,000 spectators. Pictured right is Tryst '77 HC in the EHF European Cup in 1989 against Austrian team UHK Volksbank Wien. 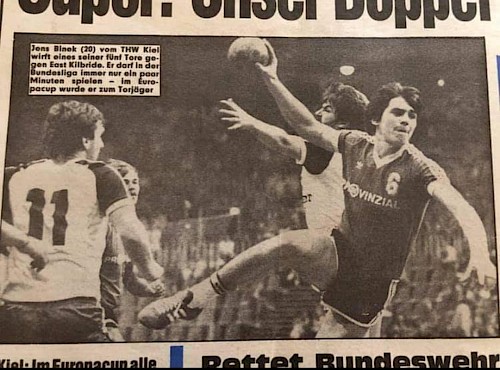 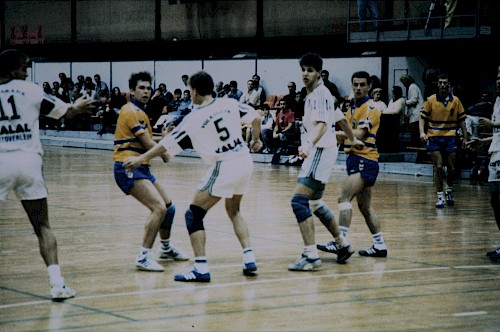 Around the same time young Scottish and Scottish Select handball teams started to travel the world. 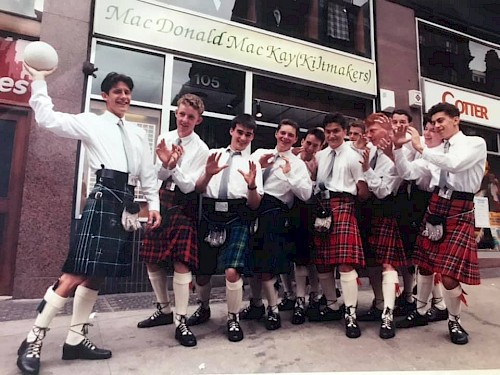 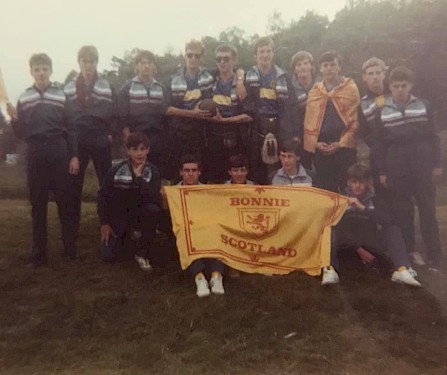 By the late 1980s and early 1990s, the early pioneers of the sport started to develop other commitments which led to a reduction in clubs. The 1990’s was a challenging time with steady attempts to build handball back up. Scotland continued to play as a nation when possible. Stephen Neilson (pictured left) became Chair of the Scottish Handball in 1999. 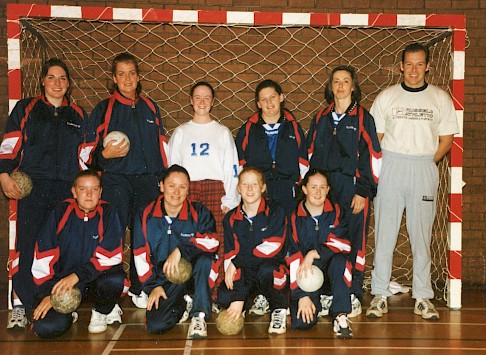 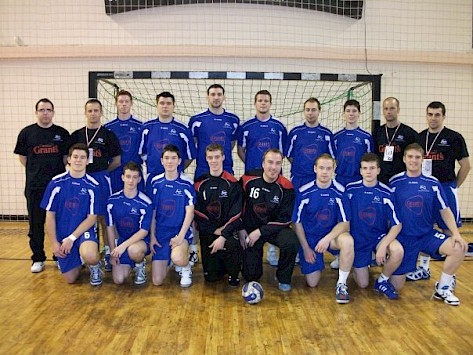 The London 2012 Olympics was a defining moment for Scottish and British Handball. The London 2012 Women's GB Olympic team was captained by Scottish player Lynn McCafferty, with Scottish & GBR Referees, Allan Stokes & Brian Bartlett also refereeing in the women's competition. Despite competing at the Olympics, the Scottish Handball Association had continued to function with no paid staff until 2013 when Stephen took the step up from Chair to the part-time role of Chief Operating Officer. Since 2013 the sport has started to flourish across the country, including hosting international handball events such as the EHF Congress in 2018. 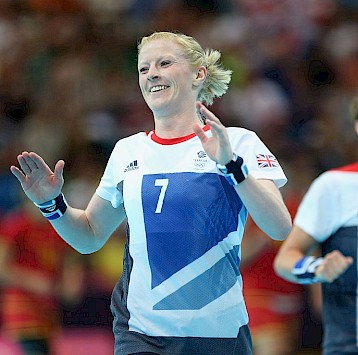 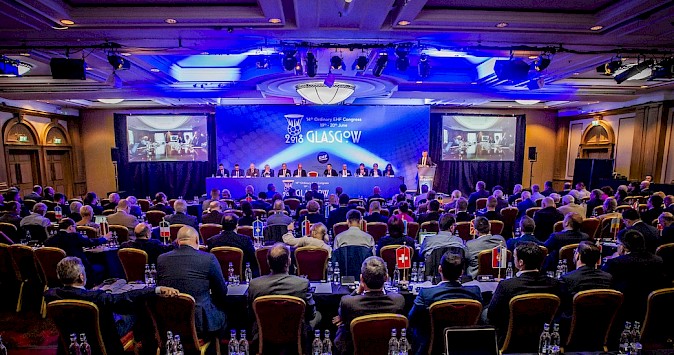 We currently have approx 1,500 members across 15 clubs across Scotland. We host a range of Scottish Leagues and competitions for all age-groups and run a successful National Academy programme for aspiring international handball players. In 2022 we recieved unprecentented funding to take our staff capacity to 4.5 FTE and have been nominated for the Scottish Sports Awards Scottish Governing Body of the Year Award for the first time in history. 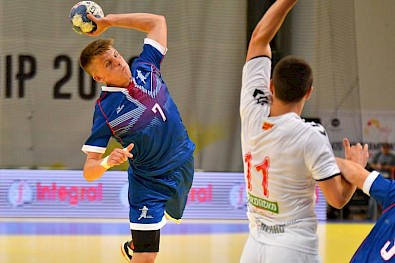 The staff base of the SHA has grown in recent years to a team of three, working to deliver Handball in all its forms across the country. To find out more about the SHA Team click here. The Board comprises the SHA Chair and seven Directors. To find out more or to contact a member of the board click here.

To find out about how you can get involved in handball, have a look through our Play Handball section, or contact office@scottishhandball.com